The addictive games like Angry Birds, Flappy bird, Candy Crush are the ones that have crossed a billion-mark in terms of download. We often discuss our high scores and techniques of the game with our friends like any important discussion. We often say that we have done very hard-work for it, not for work or studies, but reaching the final level of the game. These are not merely games; they are high obsessions by now, as said by Melody Ho, content contributor at Thought Catalog. He thinks that the trend of the game controlling our lives is a very unhealthy trait, and we are becoming the slaves of technology.

These popular games show us that the most talked about things, have a direct impact on our lives, and we try to act on the things which we probably might not be interested in, just for the sake of being a part of the conversation the next day in office. “So at what level are you?” becomes an important question in group discussions among passionate gamers. Thus, we learn from it that we follow the flock, like sheep’s walk with its herd, rather being walking our own way. We won’t be sad, even if we come to a dead end because there will be the group with you who will be facing the same. Anyways, it makes us defensive; as we try to hide ourselves among the crowd. It makes a heartbreaking perception; we don’t have a spine to walk alone.

All’s not gloomy about these games, they also teach you to rise up after every defeat. “Life is a bitch, so is Flappy Bird”, continues Ho. Many people complain that they find it very difficult to cross even the first pillar, and they get frustrated and exit the game. They are the ones who have never increased their high scores. 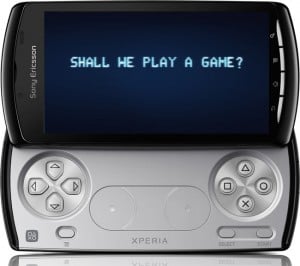 Adam Jason, one of the top scorers of the game, admits that even though he used to get frustrated with time and again facing defeat, he just tried out to cross the pillar. After many attempts, he finally succeeded to get there.

Even after that, difficulties increase, but you have the motivation that you are being rewarded by high score. The more you cross difficulties, the higher goes your score. This is the best lesson that you can incorporate from the game. Life is like Flappy Bird, even if you stumble and fall, to progress let’s start all over again. At last, you’ll get where you aim to be.

In Angry Birds, think the monkeys as your current challenges you want to overcome. Angry Birds are popular because you remove all your frustrations on monkeys and pigs by hitting them hard, and you get a sense of satisfaction when they are defeated.

This article is not to promote gaming or stuff, but a way of saying that these are not just merely games, they can teach you a lot if you go into a deeper perspective. So next time you play a game, go for it wholeheartedly.