If you have not heard yet about flexible screens, then you are missing out on something big! The newest and by far the most mind blowing innovation of Smartphone’s has just come into the market. Did you ever feel like your Smartphone’s screen was too stiff or flat? Well, tech giants all over the world did happen to notice and plan on fixing that with their own innovations. 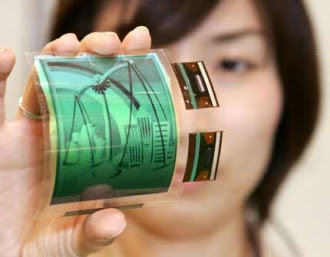 LG is the first to jump as they have announced that it will start mass producing a flexible and curved Smartphone screen from October 8th. The first device that will use these 6 inch OLED screens will be available in the market by the end of the next year. According to the LG, the secret of their success is that plastic substrates are being used to build the panels rather than glass. Also referred to as waffles, the plastic substrates are thin slices of material that act as semiconductors. A lot of other companies have tried to pull this off before and have advertised their prototypes of flexible displays, but, unfortunately, none of them have been able to mass-market their ‘bendy’ phones. Samsung announced their similar screen technology just last month and plans it to release it on the 5.7 inch Galaxy Note 3, later this month.

Even Apple is in the mix, and rumors point out that they have been looking into similar technology for the iPhone. They filed a patent in March describing an “electronic drive with a wrap around display” that would apparently go around most, or all of the devices. Apple, like a lot of other companies, sometimes files patents, but the products never actually come into the market.

It is extremely clear that the next dramatic wave that will rock the Smartphone market will be from the oncoming effects of curved and flexible displays. “It is the first step towards breaking the rectangular norm,” said Aaron Souppouris of The Verge, “This paves the way for more outlandish shapes and sizes in the future devices.”