We gave up on copper wires and got optic fiber cables in exchange. Does that mean that we entered an era of fast and furious?

Since it has entered the homes of selected cities in the USA, Google Fiber doesn’t cease to be an attraction. Even the most demanding users must agree with the fact that Google has officially initiated the speed revolution. Google Fiber offers a variety of stunning and innovative services such as crystal clear high definition TV, a terabyte of cloud storage and a storage box for recording, and the most important – internet connection, which is 100 times faster than the average broadband connection in the USA.

Their secret is in the fiber optic cable, which is a great novelty in the world that is eager to speed up. Yes, they’ve managed to create and offer the world’s fastest connection, but the crowd will have to wait to experience it. In fact, their plans and constructions are very demanding and although it all sounds fantastic, Google demands the community to engage in the hard work and to contribute to the projects. 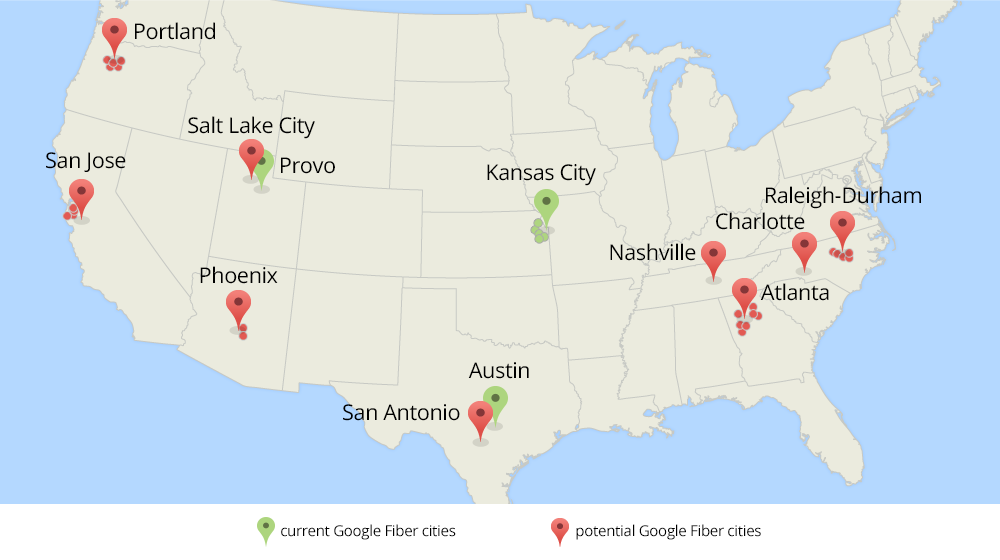 According to New York Times, only three cities were the lucky ones who welcomed Google Fiber in their communities in the past two years.

At the moment, Google is discussing with 34 cities in other nine metropolitan areas to evaluate whether they can bring Google Fiber in their communities.

The metropolitan areas are Atlanta, Nashville, Charlotte, Portland, Phoenix, Salt Lake City, Raleigh-Durham, San José and San Antonio. And when the negotiations are over, they hope to announce the next group of the lucky ones by the end of this year.

Their expansion plans, as well as, the time period in which they plan to cover the entire USA with their new services are still unavailable to the public. The plans for the other states in Europe, USA and the rest of the world still remain unknown.