The Smart watch revolution around the world hasn’t been as dynamic as that of the Smartphone’s. Genuinely because of it being an add-on, professional device that couldn’t find a use in normal life. However, its acceptability is slowly rising with an increase in the comfort level of its use and efficacy of its mingling up in various fields. Smart watches, apart from their ideal function, are known to hold features such as camera, accelerometer, altimeter, cell phone, touch screen, GPS, FM radio, all in the hands of smart detectives, sportsman and managers.

Another reason for the backwardness of this hands-on device is its limited technology. In the race of throwing a smart watch on the market before others, tech-masters have left glitches on the way. Though these watches would benefit from firmware and software updating, the apparent features are of commendable effort on a watch.

According to many researches, the Pebble smart watch has been agreed upon as the best to compliment an Android 2.3+ or IOS 5+ smart phone. The general features are alarm, calendar reminder, emails, Facebook, incoming calls missed calls, text messages, timer, music control and shake to dismiss notification. For its remote sensors such as accelerometer and magnetometer and sport’s app downloading feature, it has been rated 3 stars by CNET and 4 by P.C Magazine. Being the favorite among the people, Pebble has received 100 points of smartness rating. 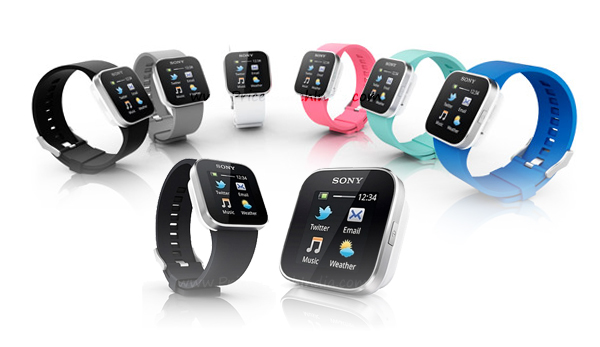 The next in line is Smart Watch by Sony which is compatible with Android 2.3+ alone. It entails additional GPS and multi-touch screen and camera control and has been rated 4.5, 4.5 and 5 in style, comfort and user friendliness respectively. Its downfall can be considered its smartness that scored 90 points. Compared to Pebble’s highly marketed Smart watch, Sony managed 2.5 on P.C Magazine and 2.3/5 user rating.

There is a very close competition between the top 2nd and 3rd smart watches as the consequent position is claimed by Martian’s Passport. This one is the most elegant looking piece in the market. Enhancing the standards, Passport is compatible with Android 4.0+ and IOS+. It has unique features of voice control and top apps like Whatsapp on Android and Line on IOS. But, sources believe that its current smartness of 88 points needs improvement to make it to the top.

There are many more smart watches in the market, like the Italian made ‘I’m Watch’, ‘Cookoo’ and many more in the process. However, with the trend, it can be anticipated that all of them use technological advances to match their comfort levels and create a buzz in the market.

Will you join this trend? Do you think it will last? Let us know!